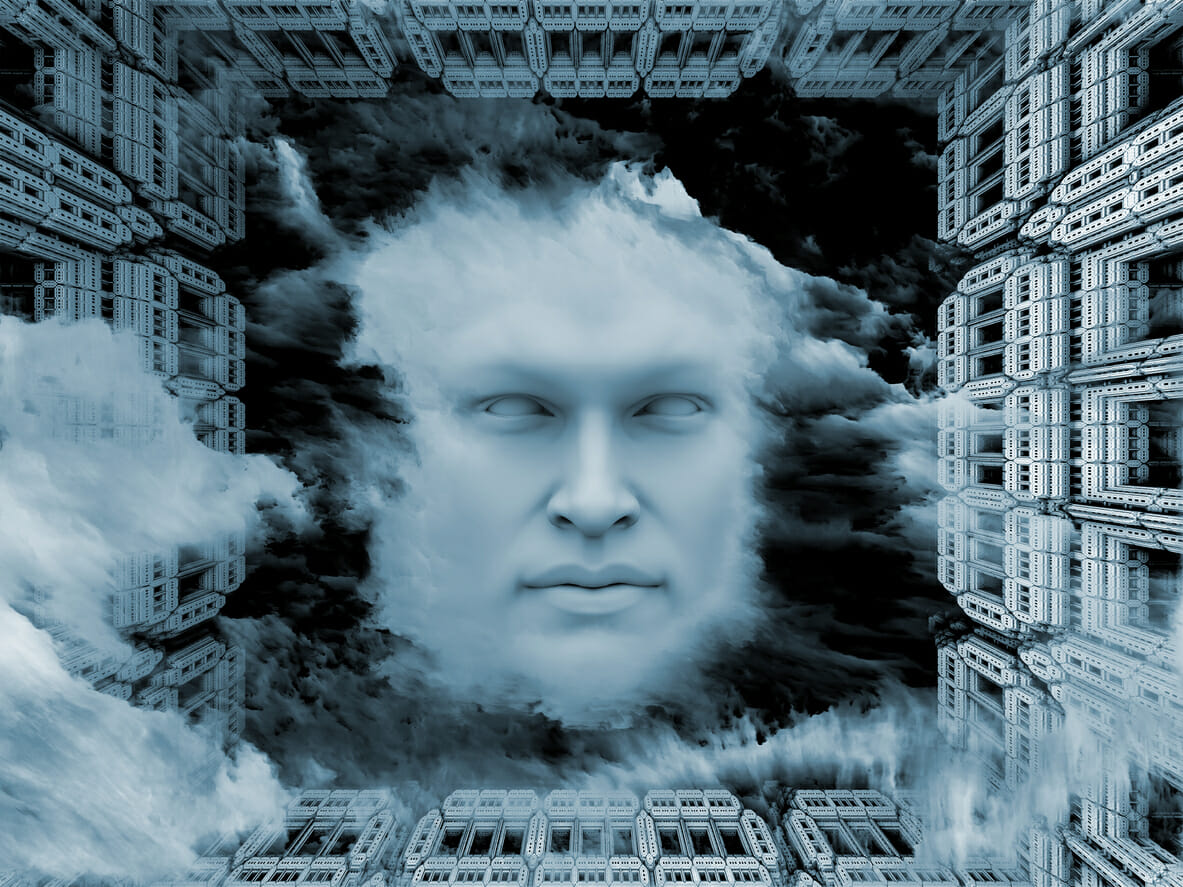 Ugh, you got fired by a computer! Artificial Intelligence has arrived in the workplace at breakneck speed.  Decisions about your performance and termination are being made by artificially intelligent machine learning computers.  I enjoy sci-fi but the news of computers making decisions about performance and terminations has serious legal implications you should be concerned about.

Artificial Intelligence in Use Today

Companies such as Google and Bridgewater Associates have built powerful computers that render decisions about performance and termination. Currently, AI computers operated by Google and Facebook have been found to discriminate based on race or gender. See NYTimes Article July 9, 2015. Companies in the recruitment field have begun using AI in recruiting. For example, the new start up company Pymetrics built an AI machine to remove bias in the recruiting process.

A Very Disturbing Future For Employees in Employment Discrimination Cases

Today, employment discrimination cases are determined by direct or circumstantial proof of intentional discrimination against a variety of protected classifications of employees, i.e. sex, age, disability, race, sexual orientation etc. Employment Attorneys, courts and juries routinely examine the human interactions underlying factual evidence to determine if an employee was terminated or adversely treated because of an unlawful bias or intent to discriminate held by a supervisor, a.k.a. a decision maker.  What happens when you replace the “human” decision maker with an Artificially Intelligent computer?  Answer, chaos!
I predict that employers will shift the decision making to a computer and eliminate the decision making from their managers and human resource personnel.  This AI HR Bot will conduct internal investigations, interview employees and witnesses and render a decision to terminate.  All these functions will comply with current state and federal laws required of all employers.  Most importantly, the AI HR Bot will make the “final” decision to terminate the employee, leaving employees and their attorneys, helpless to prove some human being held a discriminatory bias against them.  You could expect this future to arrive in one to three years.
What can you do to prepare for the future when computers terminate you?   Computers function on data, so employees should create lots of positive favorable data inputs for the AI computer to examine. For example, you should use company email to document abuse and make complaints to your manager.  You should also use emails to write rebuttals to factually baseless performance reviews that are done on-line by your manager. Save all of your supporting data on your own home computer. Finally, you should hire an employment attorney to guide you through the process to develop a case to support your lawsuit or severance package.
If you have employment law questions or need help with specific workplace issues, contact Carey & Associates, P.C.  Our employment lawyers can consult with you regarding your issue and offer guidance on the next steps. 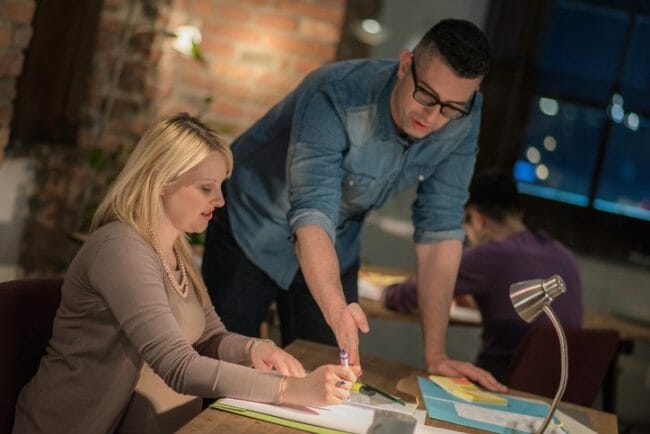 Men at work do not understand pregnant coworkers and often are too quick to throw them off the bus. In a NYTimes article on December 20, 2016, Pregnancy Changes the Brain in Ways That May Help Mothering, the following lead paragraph appeared, “Pregnancy changes a woman’s brain, altering the size and structure of areas involved in perceiving the feelings and perspectives of others, according to a first-of-its-kind study published on Monday.
In essence, the study has shown that women who become pregnant appear to be “less perceptive” of the thoughts and feelings of others. The author of the study stated the changes in the brain reflect the woman’s brain’s adaptation to permit “a mother’s ability to recognize the needs of her infant, to recognize social threats or to promote mother-infant bonding.” These findings account for the problems pregnant women experience at work at the hands of their male handlers and the near constant rate of pregnancy discrimination claims filed each year.
The bottom line as I see this issue playing out at work is simple. Male employees should respect that a pregnant coworker is magically building a human being inside. We as men should anticipate that our pregnant coworkers may require more of our time, attention, empathy and patience.  What does not work is a lack of empathy, disparate treatment, isolationism and crass male bullshit behavior.  If you’re a man dumb enough to cross this line at work, and believe me I have dealt with many of them, it is a 100% certainty you will violate your company’s code of conduct and state and federal law. Worse yet, you will contend with me. You can bet I will make sure you lose your job, because that’s the fair and just punishment for your stupidity.  Gentlemen, what if you were a woman, would you want some a-hole doing this to you while you were pregnant at work? I didn’t think so and you can call me to discuss this further if you didn’t get the point of the study and this article.  I would be delighted to agitate your cranium.

I have been litigating employment discrimination cases in federal court for a very long time, but pregnancy discrimination by employers really ticks me off. The U.S. Equal Employment Opportunity Commission also shares the same anger, making pregnancy cases a priority in their recent enforcement actions.
The way I see it we should all give a standing ovation to pregnant female employees because they are successful at two concurrent jobs! I’m no liberal, but no man can handle the stress of being pregnant and hitting the ball out of the park at work every day. There are many many women who do this without complaint. Our work culture favors men over women and pregnancy discrimination is just one demonstrative example of the existing gender bias. For the naysayers who say pregnancy discrimination does not exist, go get your head examined. Employers are settling pregnancy discrimination claims with employees for a reason and for very large sums. Typically, these cases are settled rather than litigated because the manager screwed up and fired the pregnant employee after she gave her pregnancy notice and request for leave of absence.
The first sign of discrimination usually occurs when the employee begins to “show” in her pregnancy, roughly about the third or fourth month, the so called “baby bump”. This is also the exact same time period when supervisors and coworkers begin making utterly stupid discriminatory remarks. The following remarks were found to be discriminatory:

“Have all the kids you would like—between spring, summer, and fall. I will not work your territory during the winter months” and “if you were my wife, I would not want you working after having children,” held not to be discriminatory. Kennedy v. Schoenberg, Fisher & Newman, Ltd., 140 F.3d 716, 724 (7th Cir.1998);

“If I let you come back now, you would just go out and take your sick leave, and that would be preventing another person from working”, constituted direct evidence of pregnancy discrimination. Deneen v. Nw. Airlines, Inc., 132 F.3d 431, 434 (8th Cir. 1998);

“According to Roberts’s account, when she informed Lewis of the pregnancy on January 10, Lewis sighed and asked Roberts, “What are you going to do about the pregnancy; are you going to keep it?” A reasonable jury could infer that Lewis’s sigh, together with the question, amounted to an expression of frustration by Lewis that Roberts had become pregnant, and an indication that a decision by Roberts to continue the pregnancy would be disfavored.” Roberts v. Park Nicollet Health Servs., 528 F.3d 1123, 1128 (8th Cir. 2008) (reversing judgment for employer and remanding to trial court for trial);

“Defendants argue that the alleged comments—namely, Mr. Mansbach’s chastising Plaintiff for not telling him about her pregnancy and stating that others would “pick up the slack,” Mr. Kefgen’s statement that it looked like it was going to be a “rough pregnancy,” Mr. Kefgen’s comment regarding having “been through this before,” and Mr. Rosen’s comment about children being a “distraction” are innocuous and facially neutral. The Court disagrees. Although “[c] onsidered individually, certain of the complained of comments … arguably would be stray remarks[,] … [v]iewed collectively … a reasonable jury could conclude that the remarks reflected a discriminatory atmosphere and, consequently, constituted evidence of discrimination ….” Dominick v. Hospitality Valuation Servs., Inc., 11-CV-3452 JS GRB, 2013 WL 5460654 (E.D.N.Y. Sept. 30, 2013);

A statement from employee’s supervisor, indicating that she was fired because he thought she could not perform her job duties due to complications arising from her pregnancy, was not direct evidence of discrimination; rather, “[i]t is actually evidence that she was terminated because she was incapable of performing her job functions because of medical complications specific to her pregnancy. Appel v. Inspire Pharmaceuticals, Inc., 428 F.App’x 279, 282 (5th Cir.2011)

There are patterns of employer activity that serve as strong indicators of pregnancy discrimination, such as negative performance reviews and/or termination after giving notice of pregnancy. Employers will often assign so called “project work” and then notify the pregnant employee that her position was eliminated for financial reasons. Employers will also isolate the pregnant employee by excluding them from group email and group meetings. Isolation can further occur by assigning work to other male employees. Employers also deny promotions and curtail advancement once the notice of a pregnancy is given. These actions are often taken with the intent to make the employee quit their employment.
My theory on what causes the biased comments I often hear, and pregnancy discrimination in general, has everything to do with the perception of the employee’s future unavailability to do the work. The reality is that pregnant employees conduct business on behalf of their employer right up to the moment they give birth and then stay on top of the task during the same week of delivery. There is no lost productivity, in fact, the opposite is true. The biased perception above is just that – a misperception. Employers should think twice before canning a pregnant employee because she will get even!
© Carey & Associates, P.C., contact Mark Carey at info@capclaw.com or (203) 255-4150.