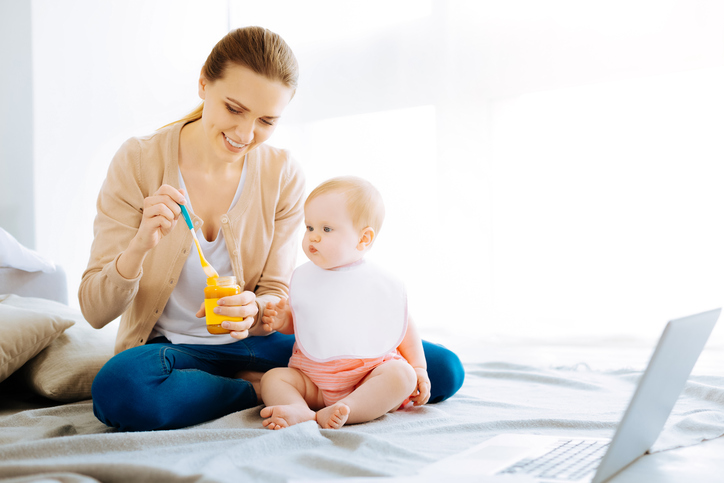 Reports have shown that pregnant women and new mothers are suffering increasing levels of unfair treatment at work, including cuts to their work hours, zero-hour contracts or even undergoing forced removal from their jobs.

The Pregnancy Discrimination Act of 1978 ensures that pregnant employees or “women affected by childbirth,” are treated the same as childless workers. In addition to federal laws protecting pregnant employees from discrimination and ensuring that they receive family leave benefits, many states and localities also have passed laws giving additional protections and rights to pregnant employees.
Most states have passed laws requiring employers to provide reasonable accommodations to pregnant workers.  The Connecticut Fair Employment Practices Act was recently amended, making it unlawful for an employer to refuse reasonable accommodations for an employee due to her pregnancy or to limit, segregate, or classify her in a way that would deprive her of employment opportunities due to pregnancy.  The law also expands the definition of “pregnancy” to include related post-pregnancy conditions, such as lactation (PA 17-118).

What is Pregnancy Discrimination

The term, “pregnancy discrimination” is deceptive. Courts are only just beginning to define the parameters of what can be considered “on the basis of pregnancy.” Although a pregnancy itself is limited in time to a discrete period, the discrimination faced by a pregnant woman often continues long after the birth of her baby.
Federal law and the antidiscrimination laws of most states consider pregnancy and pregnancy-related conditions, such as lactation, to be protected. But the definition becomes more blurred, for example, in the context of a mother returning to work from maternity leave, only to find out that she has been demoted or placed in a new position.
Sometimes an employer’s discriminatory action won’t take place for months, or even years, following an employee’s pregnancy.  Years after her pregnancy, a female employee will notice that she is repeatedly passed over for promotions.  Despite her hard work and positive performance, her male and childless coworkers are given opportunities that she is not.
This phenomenon has been dubbed, the “motherhood penalty,” and is extremely common in today’s workplace.  According to recent studies, about three quarters of working mothers say they have experienced discrimination in the workplace.
Research shows that mothers are significantly less likely than either childless women, or fathers with identical qualifications, to get interviews. In addition, regardless of whether women work less after having children, employers pay them significantly less over time, assuming they will be less committed.  When mothers do cut back their work hours, their pay is disproportionately reduced.
Consider two specific examples of discrimination on the basis of motherhood responsibilities;
New Supervisor Syndrome – A working mother performs well and has no significant problems at work until her supervisor changes. The new supervisor cancels her flexible work arrangement, changes her shifts, or imposes new productivity requirements. On occasion, the new supervisors will even make comments indicating that these actions have been taken specifically to push mothers out. In other instances, a working mother may be targeted for termination under the biased belief that she is not as committed to her job or as productive as other employees who are not female and do not have childcare responsibilities.
Second Child Bias – Some mothers have reported experiencing little discrimination until they become pregnant with their second child. After informing her employer of her second pregnancy, a working mother is suddenly faced with questions about whether she intends to return to work after maternity leave and how she can continue working with two children. Some supervisors openly counsel women who are pregnant with their second child to stay at home, deny promotions or other opportunities, treat them rudely or ignore them, or make the work vs. home decision for them by terminating them. The assumption behind these actions appears to be that a mother can handle one child and work, but two is too much.  www.worklifelaw.org/pubs/FRDupdate2016.pdf

Not neatly categorized as pregnancy or gender discrimination, motherhood discrimination occurs when an employee suffers an adverse employment action based on unexamined biases about how female workers with childcare responsibilities will or should act, without regard to her actual performance or preferences.
Discrimination based motherhood often occurs in the context of failure to hire or to promote, demotion, transfer to dead-end jobs, removal of sales territory or responsibility, increase or strict enforcement of goals for mothers but not others, discipline for actions that do not result in discipline for non-mothers, humiliation or harassment, selection for layoff despite seniority and strong performance and termination for reasons that are not accurate or legitimate.
No federal or Connecticut statute expressly prohibits employment discrimination or retaliation based on motherhood responsibilities. In many situations, a court will rely on laws regarding pregnancy discrimination in analyzing a claim more aptly categorized as, “motherhood responsibilities discrimination.” A working mother may prevail by showing, for example, that because of her pregnancy, she was treated differently from employees who had not been pregnant.  Sometimes, the difference in treatment occurs after she returns from maternity leave, based on her employer’s assumption that because her childcare responsibilities will impact her work.
Gender discrimination laws have also been used in analyzing claims of motherhood discrimination.  Title VII does not prohibit discrimination on the basis of family responsibilities alone, but rather “gender plus” an additional status, in this case, childcare giver.
“Sex plus” or “gender plus” discrimination, involves a policy or practice by which an employer classifies employees on the basis of sex plus another characteristic.  It is actionable under Title VII, state law, and the Equal Protection Clause, which forbids sex discrimination regardless of how it is labeled, as long as there is evidence of purposefully sex-discriminatory acts. Back v. Hastings On Hudson Union Free Sch. Dist., 365 F.3d 107 (2d Cir. 2004).
The “sex plus” framework was used to analyze a female employee’s claim that her employer failed to promote her because of a sex-based stereotype that women who are mothers neglect their jobs in favor of their presumed child care responsibilities. Chadwick v. WellPoint, Inc., 561 F.3d 38 (1st Cir. 2009)
Such cases rest on the presumption that, “unlawful sex discrimination occurs when an employer takes an adverse job action on the assumption that a woman, because she is a woman, will neglect her job responsibilities in favor of her presumed childcare responsibilities.” Id at 44–45.
In accordance with Title VII, women have, “the right to prove their mettle in the work arena without the burden of stereotypes regarding whether they can fulfill their responsibilities.” Gingras v. Milwaukee County, 127 F. Supp. 3d 964, 975 (E.D. Wis. 2015).

If you feel that as a working mother, you have been the victim of discrimination by your employer, an employment attorney can help you determine what recourse may be available.