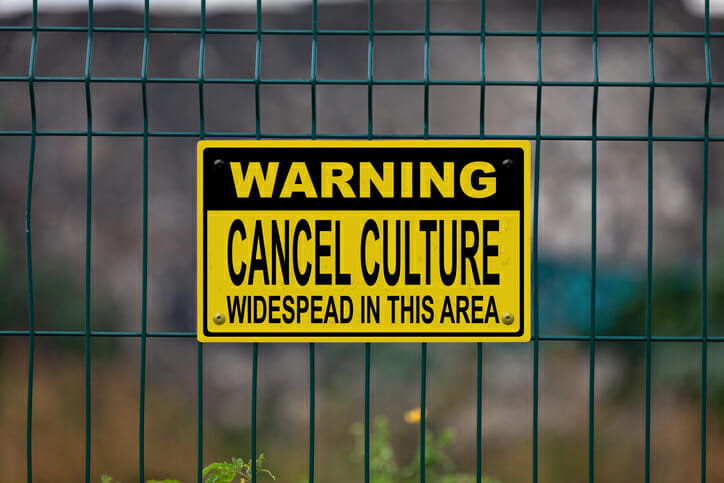 Cancel Culture is Illegal at Work!

You were recently “Canceled” by your coworker, what can you do about it? Cancel culture was thought to be an election year propaganda issue that would go away, well it hasn’t.  If you have not heard yet, cancel culture is the “popular practice of withdrawing support for (canceling) public figures and companies after they have done or said something considered objectionable or offensive.  Cancel culture is generally discussed as being performed on social media in the form of group shaming.” (Source).  Cancel culture has also evolved into “erasing history, encouraging lawlessness, muting citizens, and violating free exchange of ideas, thoughts, and speech”.(Source). Recently and more troubling, cancel culture has morphed into outright physical assaults on Asian Americans.

Canceling someone at work, by what ever means either while at work or on social media, is illegal.  Why is it illegal?  To cancel a coworker is to hold a bias against that employee because of their physical characteristics. In doing so, you are committing an act of intentional discrimination and violating state and federal laws discussed below.  You are also violating the company code of conduct subjecting you to possible termination, wherein the company legally cancels you!  Why would anyone want to do this? It is insane but it’s happening!

There are state and federal statutes (Title VII, ADEA, ADA, PDA, EPA) that prohibit discrimination during employment “because of that person’s race, color, religion, sex (including gender identity, sexual orientation, and pregnancy), national origin, age (40 or older), disability or genetic information.  It is also illegal to retaliate against a person because he or she complained about discrimination, filed a charge of discrimination, or participated in an employment investigation or lawsuit.” (Source).

Don’t I have a right to freedom of speech at work?

If you hold the opinion that you have a right to voice your opinion at work, i.e. canceling regarding any topic, issue or person, you are grossly misunderstanding your constitutional rights and availing yourself to possible reprimand and termination.   Remember, while at work (assuming only nongovernmental employment here), you have no freedom of speech with the exception of whistle blowing communications to management or governmental agencies, which we have written about previously here.  So get over it already!  Why would anyone want to jeopardize their income by using cancel culture?  My only conclusion is ignorance of the law and utter lack of respect for your coworkers, aka stupidity.

State and federal hate crime laws can be used to prosecute actions taken during working hours or arise from the employment relationship. Most states have hate crimes laws, except for Arkansas, South Carolina and Wyoming. Connecticut has a robust series of hate crimes laws on the books. “Connecticut has a number of statutes on hate crimes that protect a range of people, enhance penalties for bias crimes, and allow an injured person to sue for money damages. The primary criminal statutes are the intimidation based on bigotry or bias crimes. These statutes provide three degrees of penalties. They address certain actions that intimidate or harass another person because of his actual or perceived race, religion, ethnicity, disability, sexual orientation, or gender identity or expression.” (OLR Research Report).

On the federal level, the following laws make it a federal crime to cancel other employees because of actual or perceived religion, race, color, religion and national origin, gender, sexual orientation, gender identity, and disability.  Yes, you can go to jail if you cancel someone, either in person or through social media.

“The Shepard Byrd Act makes it a federal crime to willfully cause bodily injury, or attempt to do so using a dangerous weapon, because of the victim’s actual or perceived race, color, religion, or national origin. The Act also extends federal hate crime prohibitions to crimes committed because of the actual or perceived religion, national origin, gender, sexual orientation, gender identity, or disability of any person, only where the crime affected interstate or foreign commerce or occurred within federal special maritime and territorial jurisdiction.  The Shepard-Byrd Act is the first statute allowing federal criminal prosecution of hate crimes motivated by the victim’s actual or perceived sexual orientation or gender identity.”

There are other federal hate crimes statutes related to fair housing, damage to religious property and violent interference with federally protected rights for those individuals participating in a federally protected activity such as public education and employment.

The continued observance of cancel culture in 2021 is an un-American illegal act that is not consistent with American customs, principles, or traditions. (Source) Here, principles are equated with the aforementioned statutes making it illegal to cancel coworkers at work.  Cancel culture has always been a part of our American history since our inception, whether we like it or not.  The U.S. Constitution and the Bill of Rights expressly prohibit cancel culture, as all women and men are created equally under the eyes of the law.

The Only Solution – Listen to Both Sides

The solution to cancel culture has always remained front and center, but recently intentionally obscured by the noise of the cancel culture movement itself and by omission in the press and by governmental representatives trying to curry votes.  Simply, we all need a large dose of Latin, “audi alteram partem” which translates into “listen to the other side”.  Why?  Integral to our American experience is the action of debate.  We never said you had to agree with your opponent, just listen and possibly learn.  We enact laws in Congress and through state legislatures via heated debate on difficult public policy concerns. But we get the job done because of a higher calling- democracy.  Cancel culture is the antithesis of democracy, as it eliminates debate altogether and reinforces discrimination of all types.  The longer cancel culture is tolerated, the faster the stars and stripes peel away from the very fabric of our collective being. Remember the golden rule and act responsibly as a United States Citizen.  We are all equal, no more and no less.

If you would like more information about why Cancel culture is illegal at work please contact Carey & Associates, PC at info@capclaw.com. 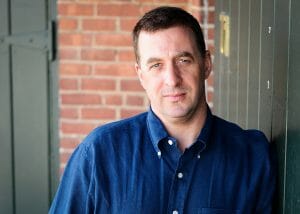 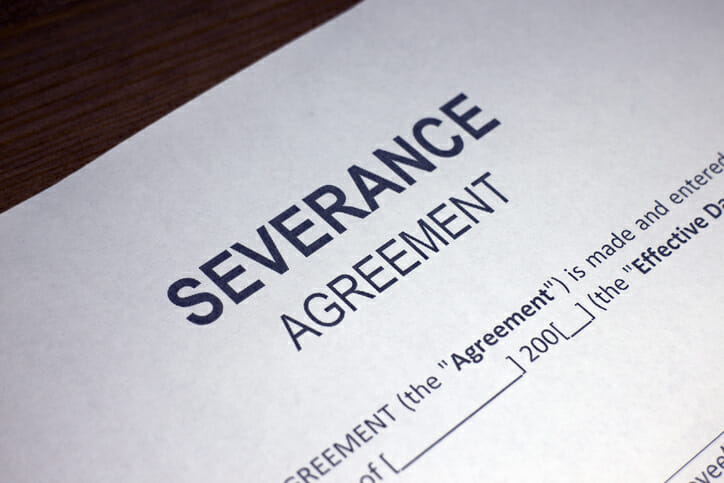 Employment Severance Agreement Explained: Whether or not you use an employment attorney to review and negotiate your employment severance agreement, you need to know the mechanics of the agreement.  The following episode will go in depth and explain the legal terms in an understandable way.

Generally, all severance agreements accomplish one task, paying employees to release their claims against the company in exchange for money and confidentiality.  Mark has seen thousands of these agreements in his twenty-five years of practicing employment law for employees and executives.  They are all relatively the same in the terms, but differ in their layout.  Most law firms use the same template, so Mark sees the same agreement used over and over again.

The Employee Survival Guide is a podcast only for employees. We will share with you all the information your employer does not want you to know about and guide you through various important employment law issues. The goal of the Employee Survival Guide podcast is to provide you with critical insights about your employment and give you the confidence to protect your job and career, especially during difficult times.

The Employee Survival Guide podcast is hosted by seasoned Employment Law Attorney Mark Carey, who has only practiced in the area of Employment Law for the past 25 years.  Mark has seen just about every type of employment dispute there is and has filed several hundred lawsuits in state and federal courts around the country, including class action suits.  He has a no frills and blunt approach to employment issues faced by millions of workers nationwide. Mark endeavors to provide both sides to each and every issue discussed on the podcast so you can make an informed decision.

The Employee Survival Guide podcast is just different than other lawyer podcasts! How?  Mark hates “lawyer speak” used by lawyers and just prefers to talk using normal everyday language understandable to everyone, not just a few.  This podcast is for employees only because no one has considered conveying employment information directly to employees, especially information their employers do not want them to know about.  Mark is not interested in the gross distortion and default systems propagated by all employers, but targets the employers intentions, including discriminatory animus, designed to make employees feel helpless and underrepresented within each company.  Company’s have human resource departments which only serve to protect the employer. You as an employee have nothing!  Well, now you have the Employee Survival Guide to deal with your employer.

Through the use of quick discussions about individual employment law topics, Mark easily provides the immediate insight you need to make important decisions.  Mark also uses dramatizations based on real cases he has litigated to explore important employment issues from the employee’s perspective.  Both forms used in the podcast allow the listener to access employment law issues without all the fluff used by many lawyers.