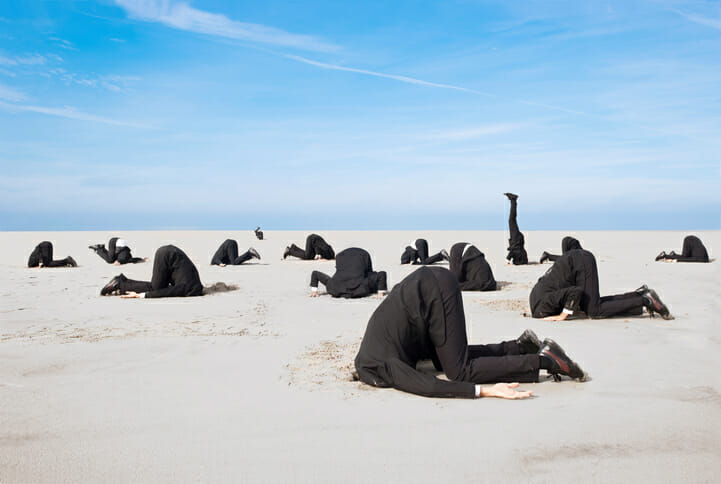 Hidden Arbitration Clauses: What You Don’t Know CAN Hurt You4 min read

Employers are opting increasingly for forced arbitration as a tool to prevent their employees from seeking justice against them in court. A form of private dispute resolution, an effective arbitration agreement forces the parties to submit their dispute to a professional arbitrator (usually chosen by the employer), who will decide the result. The arbitrator’s decision is final: It is legally binding and cannot be appealed in court.

The Problem with Forced Arbitration

Forced arbitration comes at a tremendous cost to employees, who will no longer have their day in court.  As a result, their right to fair treatment on the job is inevitably compromised.  Even a favorable monetary arbitration award can feel like a hollow victory for an employee who has suffered years of discrimination at the hands of their employer.  For a large company in particular, even a high six-figure payout is effectively nothing but a slap on the wrist. A license to continue their unfair employment practices.
An employee’s real bargaining power comes from the public nature of the court system. By signing mandatory arbitration contracts, employees are waiving their fundamental, constitutional right to a trial by a jury.
According to a recent study, nearly 52% of employees are subject to mandatory arbitration procedures. “Extrapolating to the overall workforce, this means that 60.1 million American workers no longer have access to the courts to protect their legal employment rights and instead must go to arbitration.” Alexander J.S. Colvin, Economic Policy Institute, EPI.org.

Just a few weeks ago, the Supreme Court ruled 5-4 in NLRB v. Murphy, that employers can include employment contract clauses forcing employees to arbitrate their disputes individually, and waiving the right to resolve those disputes through joint legal proceedings.  In a rambling, logically incoherent majority opinion, Justice Gorsuch asserted, “[t]he policy may be debatable but the law is clear: Congress has instructed that arbitration agreements like those before us must be enforced as written.”
This decision paves the way for companies to strip workers of the right to pursue class action suits in cases of widespread discrimination. In her written dissent, Justice Ginsberg cautioned, “[t]he inevitable result of today’s decision will be the underenforcement of federal and state statutes designed to advance the well-being of vulnerable workers.”
Savvy employers are well aware of the advantages provided to them by private arbitration.  They are becoming ever more creative in finding places to bury mandatory employment arbitration clauses to ensure that their employees are bound by them.
The Supreme Court’s decision in the Murphy case left unanswered, the question of what constitutes valid “notice” to an employee.
Consider the case of an employer who sends an arbitration agreement through a company-wide email, requiring any employee who does not agree to be bound by mandatory arbitration to opt out proactively.  Are all employees who have not opted out of the agreement still bound by its terms, even if they never opened the employer’s email?
In another case, the employing company placed a mandatory arbitration clause within the text of the legal disclaimers included in its employment application.  In order even to be considered for a position, a potential employee is required to find and agree to mandatory arbitration.

The Supreme Court’s decision in NLRB v. Murphy will have significant consequences for the ability of employees to fight back against discrimination on the job.  Despite the unequal bargaining power inherent in employer-employee agreements, the decision marks a victory for companies seeking to avoid liability for the mistreatment of their employees.
It remains to be seen how the court will handle the issue of hidden arbitration clauses, whether long-standing contract principles requiring notice to both parties will become a thing of the past as well.
The following companies use forced arbitration clauses: Morgan Stanley, Hooters, Forever 21, Nordstrom, Neiman Marcus, Macy’s, Yahoo, Dillard’s, Manpower, Carrols, Papa John’s Pizza, Xerox, Amazon, Ford, GE, Coca-Cola, CVS, ExxonMobil, Bridgewater Associates, Glencore, RBS, Barclays, Tradeweb, Boehringer Ingelheim Pharmaceuticals.
Have employment questions? Need help with a case? The employment lawyers at Carey & Associates, P.C. handle each and every aspect of employment litigation and appellate work and act as the story tellers of our client’s personalized narrative to the company, the court and the jury.  Contact us today!