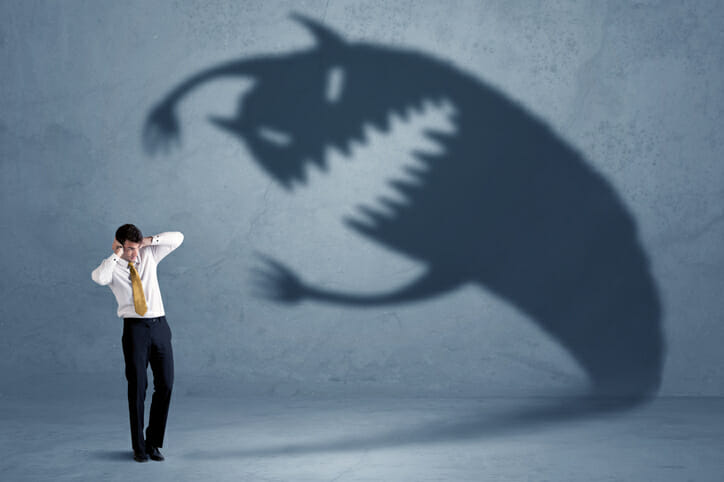 For the week ending March 21, 2020, 3.2 million American workers were terminated from their employment, according to the USDOL.  How did 3.2 million employees just vanish? Worse yet, we expect millions more in layoffs in the coming weeks.  Covid-19 has created a panic for employers and the shelter in place strategy has decimated the economy, ironically our only defense.  What really happened needs to be unearthed, as the origins of this current employment crisis traces back to 1877!

Identify the Problem and Why It Happened

I am referring to the employment at-will rule, under which your employer can fire you without cause and you can quit anytime. I wrote a similar article about this topic last month, obviously unaware of the current tragedy to come. You may have heard about the employment at-will rule, but did you really understand the enormous implication it currently has on your work life and your finances, probably not until now. If you are one of the 3.2 million newly terminated employees nationwide- you are more than just upset, you are pissed. Unfortunately, this article is only going to infuriate you further.

Employers of all sizes have the power to “flip-you-off” without notice.  Who gave employers this inherently unequal and un-American authority to screw up your professional and personal life and now the entire economy?  Indirectly, you did.  How you ask? Your collective (157 million employees strong) continued silence and failure to object to the employment at-will rule over more than a century has emboldened employers nationwide.  Employers have carefully weaned our working class and our state and federal courts onto a capitalist ideal designed solely to benefit employers and profit seekers, and not employees. It is paradoxical that the United States is the only developed country in the world that follows the employment at-will rule. What a tragic mistake.

A Universal Law Was Born Out of Thin Air

The origin of the rule can be credited to an Albany, New York lawyer named Horace Wood in 1877.  Mr. Wood’s preordained rule stated:

“With us the rule is inflexible, that a general or indefinite hiring is prima facie a hiring at will, and if the servant seeks to make it out a yearly hiring, the burden is upon him to establish it by proof …. [I]t is an indefinite hiring and is determinable at the will of either party, and in this respect there is no distinction between domestic and other servants.”

Mr. Wood never provided any legal authority from which he derived the employment at-will rule, because there was none.  The rule holds that it is equal to both sides, either can terminate the contractual employment relationship at any time and without notice, but it is inherently unequal due to the lack of employee leverage to negotiate for better terms of employment. Employees are desperate for employment and are willing to accept an unequal bargaining position to put food on the table and much more.

The employment at-will rule was adopted by the Courts and must be resolved by the Courts, not the legislatures.  Courts initially gave deference to the employment decisions made by employers and supported the at-will rule without asking about the legal validity of the rule itself and without thinking about the devastating impact upon all employees.  The Covid-19 event only makes the problem more transparent.  Courts continued to follow the employment at-will rule to the present day, again bowing to the deference of employers to terminate employees without notice, subject to a few limited public policy exceptions and statutory protections such as Title VII of the 1964 Civil Rights Act etc.

For decades, arguments have been asserted to change the rule without success, largely due to the enormous economic considerations at stake for employers.  Courts, the original enactors of the common law employment at-will rule, pointed the finger to the legislatures, asserting that courts cannot legislate. However, this was a merely a deception, as the courts knew and currently know that employer-side interest groups will lobby to kill every piece of legislation designed to eliminate or modify the employment at-will rule.  So, back to the courts. I can safely say that no state or federal court will seriously entertain, let alone sustain, any change to the common law employment at-will rule now or in the future.  How can we resolve this stalemate, especially now during this global pandemic?  Is the time right for change? I argue the time is at hand and the employment at-will rule must be abolished.

If 157 million Americans knew their jobs were protected during the Covid-19 crisis and their income was continuous, we all would feel a lot less anxious and better able to cope with the pandemic.

There Was a Solution All Along, Hidden From You

Did you know there was a different way to be employed, one where you could predict the end of your employment or at least have some say in the process? It’s called “for cause termination”, meaning you can only be terminated as a result of a documented poor performance and not based on arbitrary or discriminatory reasons.  Under this new schema, employees are also empowered by a rule called “termination for good reason”, permitting the employee to leave if she is demoted, her salary is reduced, a job relocation, discrimination etc.

Your employers, and their management counsel, never wanted you to know this information, fearing you might collectively say “we object” and force the entire employment system to change immediately.  That time is now. Well, in about two to three weeks I predict, when hundreds of thousands, if not millions, of employees across this country will be benched collecting unemployment benefits. You can bet they will want answers from their employers and the government. If you believed the #metoo movement was big, the Covid-19 era terminations will blow it away. Reporters are now using words like “great recession” and unfortunately “depression”, with estimates of a 20% unemployment rate.

We lead by example. In our office I have banned the employment at-will rule.  Instead, all of our employees are covered by the “termination for cause” and “termination for good reason” rules.  What’s the rule going to be in your office at the end of this crisis?

Employment attorneys must bring claims for wrongful discharge on behalf of American workers under one singular public policy reason that trumps all others.  We need Americans to remain at work, not furloughed and not laid-off.  The CARES Act (Coronavirus Aid, Relief and Economic Security Act) merely bandages the wound caused by the employment at-will rule, as it is only a temporary fix.  If we abolish the employment at-will rule and provide job security under a new “for cause termination” rule, the next time a pandemic surfaces, and it will, we will be better prepared as a country and our economy will not suffer in comparison to what is about to unfound over the next several weeks and months. Employees will have already been hooked up to payroll systems and the almighty U.S. Government can readily rain money down on us all.

That economic hurt is coming to your employment doorstep ASAP and you must say and do something about it today.  We are all connected to some form of a communication device, so spread the word. So now that you have seen something, say something.  Share this article. Re-tweet my tweet and #ban-employment-at-will once and for all.

For more information about this article, please contact our employment attorneys at Carey & Associates, P.C. at info@capclaw.com or call 203-255-4150.