Private companies have wide latitude to limit how employees express their views, but there are exceptions 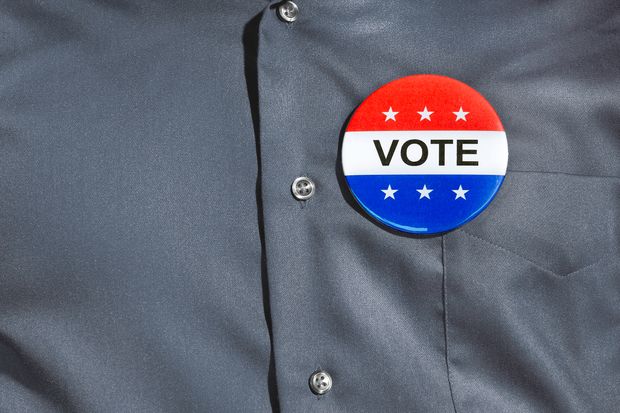 Employment lawyers suggest checking your company’s policy regarding political speech, and reading up on state law where you work.

Do employees have the right to free political speech at work?

Employers have wide latitude to limit employees’ speech, political or otherwise, that might offend other workers, and they can take steps to restrict those who do make political statements. That includes donning a Trump hat or Biden T-shirt on the job. There are, however, some exceptions.

Limitations on political speech in the workplace can be confusing, and they vary depending on where you work.

“The First Amendment only prohibits the government from restricting free speech—not your employer,” says Jim Hendricks, counsel at Leech Tishman’s employment and labor practice group. “The company sets the rules on what is acceptable.”

Public employees are protected by state and federal constitutional provisions, while workers at private companies are subject to their employers’ rules on political speech.

One exception is if the private employer receives federal financial assistance. In those cases, the First Amendment applies, but with conditions, says attorney Mark Carey of Carey & Associates. What the employee speaks about must be regarding a matter of public concern and be outside the scope of their normal job duties.

Some states have political speech protections. California’s labor code, for example, prohibits employers from enforcing any policy that either prevents workers from engaging in political activities or directs such activities or affiliations in or outside the office. Colorado, Louisiana, Minnesota, Missouri, Nebraska, Nevada, South Carolina, Utah and West Virginia also prohibit employers from retaliating against employees who participate in political activity. But even where political speech is protected, an employer can discipline or dismiss an employee if the political expression interferes with the business or disrupts fellow workers.

“The line of protection can be crossed because what one person sees as political expression could be interpreted as harassment or insults by a colleague,” says Mr. Hendricks. “It’s a line that’s nebulous.”

Consistency around what’s allowed is key, he says. For example, if employees are able to wear a “Make America Great Again” hat, they should be able to wear a “Black Lives Matter” pin, he says. And while the same rules should apply to the virtual workplace—such as meetings via video from home—Mr. Hendricks says it might be harder for an employer to prove that a political expression in that scenario was intimidating or offensive.

Employment lawyers suggest checking your company handbook for the specific policy regarding political speech, and reading up on state law where you work.

The issue arose over the summer when Starbucks banned workers from displaying the “Black Lives Matter” slogan while on the job, telling employees that the company had a longstanding policy against buttons or pins that advocate for a political, religious or personal issue. After an outcry from employees, the coffee-chain giant reversed itself and said it would make T-shirts bearing the slogan available to its baristas.

Mr. Carey, who supports more protection for employees under the First Amendment, says the issue is part of a larger problem.

“Why are we suppressing discourse? We shouldn’t,” he says. “It has a measure of value in our society and we’re suppressing it, and that’s disturbing.”

If you would like more information about this topic, please contact our employment attorneys in Connecticut and New York, Carey & Associates, P.C. at 203-255-4150.

Podcast: Civil Disobedience and the Workplace: The Economic Consequences of Political Conscience