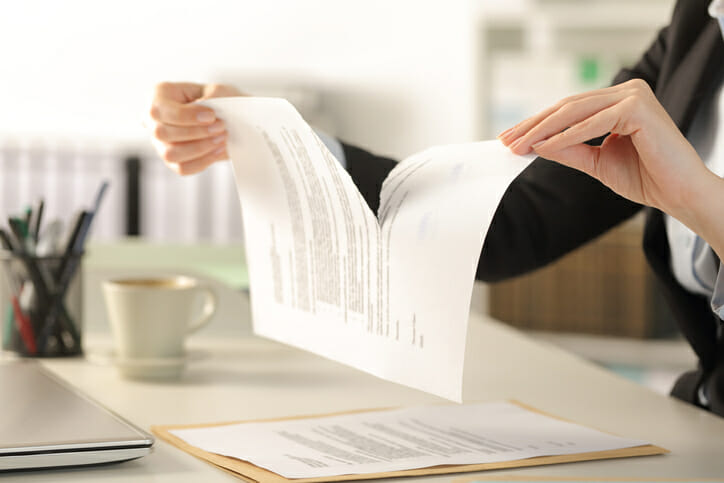 You’re a free agent and your noncompetition agreement is void!  That should make you feel less stressed about getting your next job in the very industry you have spent so many years cultivating, especially during this pandemic.  Yes, I know your employer made you sign a noncompetition agreement when you were hired, but Covid-19 has changed everything.

I did not like noncompetition agreements before Covid-19 and I dislike them even more now seven months into this pandemic.  According to the latest jobs report, click HERE, “the total number of people claiming benefits in all programs for the week ending September 19 was 25,505,499…”  If you are a judge presiding over a complaint brought by an employer attempting to enforce a noncompetition agreement, would you enforce it against the unemployed employee in the face of these jobless numbers? Answer, No!  Regardless of the law related to noncompetition agreements (restrictive covenant), no judge will want to prevent employees terminated without cause from getting a new job. Who is going to pay for the employee’s food?  Who is going to pay for the employee’s mortgage?  How is she going to buy medication or diapers?

The time has now come to confront the idiotic, senseless and self-serving practice followed by 50% of all employers to force noncompetition agreements on vulnerable employees, especially during this pandemic. We need to protect employees and the income they need right now to survive.  We also need to confront employers and demand they stop using noncompetition agreements altogether because they are abusive and unnecessary. Employers are already overprotected by making employees sign Confidentiality and Proprietary Information Agreements, which protect against the disclosure of company trade secrets to third party employers.

NONCOMPETE MUST BE VOIDED DUE TO IMPOSSIBILITY

What does impossibility mean in relation to noncompetition agreements during the Covid-19 pandemic? Courts generally apply the doctrine of impossibility whenever there is an interference in achieving the purpose of the contract between the parties that is beyond their control and it was never foreseen prior to entering into the contract. “A thing is impossible in legal contemplation when it is not practicable; and a thing is impracticable when it can only be done at an excessive and unreasonable cost.” Roy v. Stephen Pontiac-Cadillac, Inc., 15 Conn. App. 101, 103-04 (1988) (internal citations omitted.) When impossibility is raised, “the court is asked to construct a condition of performance based on changed circumstances, a process which involves at least three reasonably definable steps. First, a contingency—something unexpected—must have occurred. Second, the risk of the unexpected occurrence must not have been allocated either by agreement or by custom. Finally, occurrence of the contingency must have rendered performance commercially impracticable.” Id. at 104, quoting J. Calamari & J. Perillo, Contracts (3d Ed.) § 13-1, p. 537; see also Hess v. Dumouchel Paper Co., 154 Conn. 343, 349-52 (1966)

All employers “intentionally” manipulate employees to sign noncompete agreements in order to get the job, i.e. take it or leave it.  Employers typically seek to prevent employees from working for a competitor for a period of twelve months after termination.  Bam! A pandemic hits the U.S. and the world. That’s the impossibility event.  Massive layoffs follow, covering nearly 40 million people. By the way, an estimated 157.76 million people work in the U.S.  Of course we want the economy to return to normal as quickly as possible, and those unemployed workers are part of that economy.  If 50% of all employers use noncompetition agreements, then we have a major economic obstruction caused by self-serving employers who deliberately seek to prevent these unemployed workers from earning a living.  Sounds unfair, because it is.  It is impossible for any employee to comply with the one sided noncompetition agreement because they need to put food on the table and just survive.  That is the argument I am making and will make in every court case my firm becomes involved with.  This is a public policy crisis plain and simple.  There exist no current Covid-19 court decisions on this issue, but there are a few cases now in the pipeline. The public, the politicians and the courts are faced with a major public policy dilemma. Should the courts protect employers for the sake of protection alone or can they help employees by overriding noncompetition agreements entirely.  I believe the scales tilt heavily in favor of employees, employed and unemployed alike.

WHAT IS A NONCOMPETE AGREEMENT IN 2020?

It is a promise the employee allegedly makes, without his/her consent, with their employer that after they are terminated, they need to refrain from accepting employment in a similar line of work, with a competitive company, or establishing a competing business, for a specified period in a certain geographical area. A non-compete clause ancillary to a valid agreement is unreasonable in restraint of trade and void as a matter of law if: (1) the restraint is greater than is needed to protect the business and goodwill of the employer; or (2) the employer’s need is outweighed by the hardship to the employee and the likely injury to the public. In other words, if you are unable to earn a living because you are sitting on the bench during the noncompete period, without pay, solely because of the employer’s self-serving noncompete, then a Court will void the agreement.  The employer is already protected from the employee because the employer forced the vulnerable employee to sign the confidentiality agreement, a.k.a. Confidentiality and Proprietary Information Agreement, which protects against disclosure of company trade secrets to third party employers.

WHAT IS THE BUSINESS INTEREST?

The argument in favor of enforcing noncompete agreements is primarily to protect the company’s trade secrets, client relations, customer goodwill, employee training.  However, restraining competition is not a legitimate and enforceable business interest.  As I have repeatedly stated, the employer is already protected against disclosures of trade secrets through the Confidentiality and Proprietary Information Agreement.  The employer’s argument that a noncompete agreement is necessary to prevent the disclosure of trade secrets to third party employers is simply abusive and overreaching.

You will never hear an argument in any litigation over the attempted enforcement of an employee noncompete agreement that the enforcing employer was seeking to restrain competition of its competitor businesses. Such a statement and action would constitute an unlawful antitrust action.  But we know in reality, that is exactly what employers are doing.  This conclusion is further supported by the recent statistics that nearly 49% of all employers use  noncompetition agreement for some or all of their employees, a doubling of the amount from 2014.  Noncompetition Agreements are a tool to kill competition, plain and simple.  Do not fall for the argument about protecting the company from rogue employees seeking to damage the employer. This accusation, albeit true in the rarest of circumstances, is specious given the employer made the employee sign an agreement to protect the employer’s trade secrets, the Confidentiality and Proprietary Information Agreement.