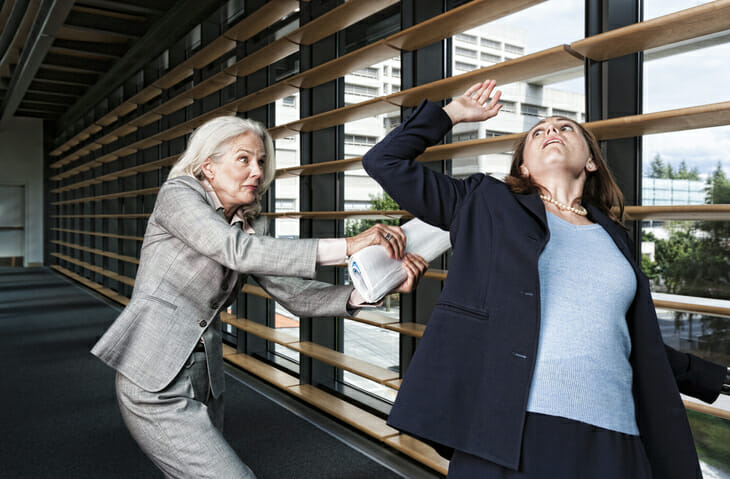 Very often, someone will come to our office having just been fired, feeling that the reason given by their employer just doesn’t make sense.  For example, a seasoned marketing executive loses his job shortly after his company brings in a team of young consultants. When the marketing department turns its focus exclusively upon social media, his role and responsibilities are gradually minimized.  Eventually, he is terminated and replaced by several of his own former trainees.

In another instance, a Senior Benefits Administrator with 30 plus years of stellar performance is suddenly criticized by her new manager as, “incompetent” and “not a forward thinker”. She is placed on a performance improvement plan (PIP) and her workload is increased so much that she can no longer keep up. Meanwhile, the company posts a job ad for an entry level Benefits Administrator.  After the new hire has shadowed her for a few weeks, her manager fires her for failing the PIP.

In yet another instance, a Strategy Analyst is abruptly demoted after over a decade in his supervisory position. He is assigned to “project work” as his role in the firm is slowly marginalized. The firm’s turns its employee recruitment efforts on finding “young”, “energetic”, “enthusiastic” new graduates.  His compensation is drastically reduced when the firm decides to allocate the lion’s share of the annual bonus pool to its new hires. When he complains, he is warned that he could easily be replaced by a kid right out of school for a fraction of his salary.

Age discrimination occurs when an employer treats an individual who is qualified for their job differently because of their age. The federal Age Discrimination in Employment Act (ADEA) protects job applicants and employees 40 years of age and older from discrimination on the basis of age.  Many states, including Connecticut, have similar laws protecting older individuals.

You may be a victim of age discrimination if:

Your performance reviews start going down as you get older;

You are passed over for promotions in favor of younger employees;

You are reassigned to unwanted or unpleasant tasks while younger employees get better assignments;

You are passed over for hire in favor of a younger job candidate or replaced by younger worker.

But proving that you were demoted or fired because of your age can be a difficult task.  First, direct evidence of discrimination, such as your boss telling you he is firing you because you are too old, is very rare.  Most employers will try protect themselves by carefully documenting a narrative explaining why your firing had nothing to do with age.

In each of the real-life examples above, the employer set up a pretext of poor performance to cover up its true discriminatory motives.  If you are suddenly and inexplicably given a poor performance review or placed on a PIP, your employer may be building a pretext to pave the way for your termination.  Knowing that your performance has remained consistent, you are blindsided by your supervisor’s sudden and inexplicable criticism.  Attempting in vain to save your job, you then try to to work even harder.   By the time you are terminated, you feel somehow responsible for failing at your job. It’s not your fault, it’s your age!

In addition to prohibiting employers from treating older workers differently than their younger counterparts, the law also prohibits policies and practices that have a “disparate impact” on older workers. This particularly insidious type of age discrimination occurs when an employer’s seemingly neutral policies have a disproportionately adverse impact upon older workers.  For example, a company announces that it will be laying off all employees above a certain salary level. This policy has a disproportionately adverse impact on older workers who generally earn larger paychecks.

But courts are reluctant to second guess a company’s layoff policy, where the employer can show that it is a “business necessity”, in this case, cost-saving.  In order to win a disparate impact claim, an employee would then need to bring forth evidence of an equally effective, but non-discriminatory way for the company to achieve the same goal. The cost-saving “business necessity” excuse makes disparate impact claims particularly hard to prove.  Older workers tend to earn higher wages than younger workers by virtue of their added years of experience.  Making the situation even murkier is that the impact of these “cost saving” layoffs tends to fall specifically on older workers in middle to upper middle management positions.  In a case like this, the company’s officers, also over the age of 40, decide to get rid of its long-term managers and replace them with younger workers at lower salaries.

If any of these scenarios sound familiar and/or you just received a severance package, you should consult our employment lawyers. Please call (203) 255-4150 or email Jill Saluck at JSaluck@update-capclaw.mystagingwebsite.com.