We have all heard the aphorism, “What you don’t know can’t hurt you!” That is true in certain circumstances and definitely untrue in others. For example, there is generally no harm in not knowing that your lunch was prepared in a kitchen which uses a lot of tree nuts. Unless of course you have a severe tree-nut allergy. In that case, what you don’t know can actually kill you!  When it comes to information about your wages and the wages of your co-equal coworkers, it is important for employees and employers alike to know that what you do know about your compensation definitely cannot hurt you at work.

It is not surprising that a large number of American workers (around 50% of all employees according to some recent surveys) including managers incorrectly believe that you can be disciplined or even terminated for discussing employee wages (the terms “compensation” and “wages” in this article are used interchangeably and include employee benefits as well as monetary compensation). In fact, employees have the legal right to voluntarily discuss their wages with each other pursuant to Article Seven of the National Labor Relations Act (NLRA). This law has protected this right since 1935!

Section 7 of the NLRA not only prohibits employers from limiting employees’ discussions of compensation. All activities related to “collective bargaining or other mutual aid or protection” are also protected. Section Seven of the NLRA has been interpreted by the National Labor Relations Board (NLRB), the agency charged with enforcing the NLRA, as including compensation discussions. See, NLRB v. Brookshire Grocery Co., 919 F.2d 359 (5th Circuit, 1990).

Why has the myth of the prohibition against workplace wage discussions persisted when the right has been protected in this country for so long? As an employment lawyer I find it astonishing that people still believe that wage discussions are impermissible. The answer: employers try to keep this information a secret to control payroll costs. If workers do not know how their compensation compares to their similarly employed co-workers then the employer has  a better chance of being able to pay some workers less than others and thereby keep payroll costs down. Further, compensation discrimination and violations of state and federal equal pay laws can flourish when compensation is kept secret.

Unfortunately, this effort to conceal the true state of the law is typical employer behavior. As we have pointed out in a number of contexts in these blog pages, employers often rely upon their employee’s lack of information about their rights to gain an advantage in controlling and profiting from their employee’s labor.  Sometimes employers actively try to quell compensation discussions by posting notices or memos discouraging or prohibiting discussing compensation at work. To get around the NLRA, employers often allow “rumors” or “customs” of prohibited wage discussions to permeate the workplace. Even if the policy or practice is informal and unwritten, when supervisors discourage employees from discussing compensation it violates the NLRA. Wage secrecy policies of any kind are illegal under the NLRA. Further, employers cannot retaliate against, interrogate, punish, or threaten an employee for discussing wages.

While employers can reasonably limit discussion of wages during work time if it would interfere with the performance of work, nothing can prevent employees from discussing their compensation when they are off the clock. For example, an employer may limit employee’s discussions of wages in front of customers. This is a reasonable limitation and would not require the employee to remain silent on compensation when there are no customers present or when other non-work conversations are occurring between employees. Your employer is expressly prohibited from terminating you or retaliating against someone who discusses their wages with fellow employees. The employer may not take any adverse action against a worker who asks about or discusses their own pay with others.

There are very few exceptions to this rule. One important exception is that while an employee may discuss and disclose his or her own compensation, he or she cannot expose the compensation of others. For example, an employee who has access to payroll records cannot inform his or her co-workers of what everyone else makes. One may discuss one’s own wages but not the wages of other co-workers unless that co-worker gives the information voluntarily. Further, employees are also protected if they do not wish to discuss their compensation with co-workers.

The NLRA Section Seven is a broad law that protects most private sector workers from retaliation for discussing compensation. However, the NLRA does not cover federal, state, and local governments, employers subject to the Railway Labor Act, religious organizations, and agricultural workers. Inexplicably, employees of these types of organizations may be prohibited from discussing their compensation by employer policies.

In 2014, President Obama made an Executive Order that provided that employees of federal contractors were also protected from adverse action for discussing compensation. This Executive Order plugged a major “hole” in the protections of Section Seven of the NLRA. Now, most workers have the same protection from adverse action when discussing their wages.

EXPANDED PAY TRANSPARENCY LAWS ARE ON THE RISE NATIONWIDE

The legal trend in recent years since President Obama’s 2014 Executive Order has been to expand protections for workers discussing their compensation. State law and local jurisdictions have more recently enacted laws that make it illegal for private sector employers to discriminate against employees for discussing compensation. California, Colorado, Connecticut, Delaware, Maryland, Nevada, Rhode Island, South Carolina and Washington have enacted such laws in recent years. New York City and several other major cities have followed suit. All of these laws seek to expand the existing protections against pay discrimination under the Equal Pay Act of 1963, which requires employers to pay women an equal amount paid to men for the same position.

These state and local laws generally impose an affirmative duty on employers to disclose pay ranges for positions when requested by employees or prospective applicants. Generally, these laws require employer disclosure of salary ranges for a position at time of hiring, when an employee changes positions within the organization, or upon request. Colorado and New York City actually require that disclosure of pay ranges be included in all job postings!

Connecticut’s new law requiring pay transparency also prohibits employers from inquiring about a prospective employee’s compensation history either directly from the employee or indirectly from prior employers. This is interesting because an inquiry into a prospective employee’s work history traditionally included: “title, dates of employment and salary history.” The Connecticut law further provides a private right of action to both prospective employees and current employees. A lawsuit for violations of the law may be brought within two years of a violation by an employer. Employers who violate the law may be liable for compensatory damages, punitive damages, and attorney’s fees and costs. Perhaps most importantly the Connecticut law also expands the protections against gender-based pay discrimination by requiring employers to provide equal pay for “comparable,” as opposed to  “equal,” work.

In the never-ending conflict between employers and their employees, knowledge is the ultimate power. Knowing when and how an employee may discuss important issues of compensation with co-workers is important to understanding employee rights. By defeating the false narratives around formal and informal “pay secrecy” policies, employees can protect themselves and each other from the deleterious effects of wage discrimination and other illegal compensation practices still widely implemented by employers looking to keep payroll costs low. If you have a “pay secrecy” policy at work or if you have been discriminated against in any way for discussing your wages with others, call Carey & Associates P.C. 203-255-4150 for a consultation or send an email to info@capclaw.com.  You can help end pay inequality #SayYourPay. 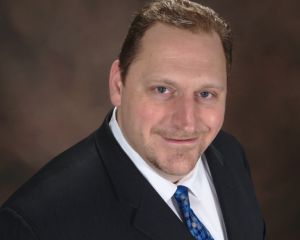