HERE’S WHAT TO KNOW ABOUT HEALTH INSURANCE BENEFITS, FREELANCE WORK, UNEMPLOYMENT AND MORE 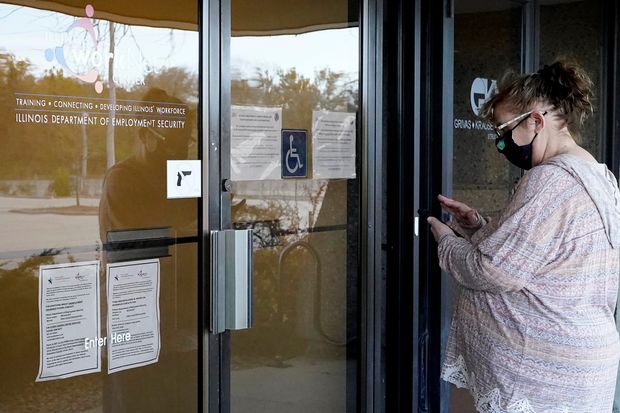 What rights do furloughed employees have?

A furlough generally means workers’ hours have been cut or eliminated temporarily, or requires that they take a certain amount of unpaid time off. Furloughed workers are still considered active employees and eligible for some benefits. While furlough doesn’t have a technical legal meaning, employers—especially since the onset of the pandemic—are using the term to signal that it’s a status where employees can expect to maintain their health care benefits and eventually be called back to work. Still, a furlough can lead to termination.

A furlough does not offer job security, though employers choosing to put employees on such leave typically intend to bring them back.

“Employers are operating in a lot of uncertainty right now, where they truly believed what would be two to three months then became eight months, and they’re now having to forecast business needs in a different environment,” says Stephanie Lewis, an attorney with employment law firm Jackson Lewis in Greenville, S.C. “We are seeing companies that are having to convert furloughs into layoffs.”

Have you or someone you know been furloughed during the pandemic? Share your experience below.

Furloughed workers, while still considered active employees, aren’t paid for time they don’t work. If, however, employers ask employees to work at any point during a furlough, workers must be paid in accordance with their regular salary or hourly rate, says attorney Mark Carey of Carey & Associates, an employment law firm in Southport, Conn.

In the meantime, furloughed employees can and should apply for unemployment benefits. All state unemployment systems were modified to make such workers eligible to collect unemployment.

“You should apply for every week you’re off. Even if you’re off one week and on the next,” says Ms. Lewis.

And while the employer can dictate the length and span of furlough, many are offering flexibility where they can, allowing workers to choose which weeks or months to take off.

If employers furlough employees without terminating their employment, they should make sure those workers are continually offered health care coverage to avoid penalties under the Affordable Care Act.

In fact, says Ms. Lewis, “most employers have worked hard for permission to keep employees covered by benefits.” Many furloughed workers are now crossing into a period where they would be ineligible for coverage—typically after 60 or 90 days on most benefit plans if they’re not actively at work—and would have to move to Cobra, which is more expensive for many people. Employers have requested approval to retain coverage, and benefits providers have allowed that, says Ms. Lewis.

An employer can’t restrict furloughed employees from taking other work outside the company—and employees who find other work may choose to remain in that job even if they’re called back by their original employer.

Companies bringing employees back to work must also treat furloughed employees equally or discrimination issues may arise. “These have to be equal-employment opportunity scenarios with furloughing and bringing employees back to work. People could raise issues of gender, race and age,” says Mr. Carey. Age tends to be the largest problem in rehiring after furlough, he says, as workers who are older tend to be paid more because they’ve been employed longer.

Write to Anne Steele at Anne.Steele@wsj.com

For more information about this topic, please contact our employment attorneys in Connecticut and New York at Carey & Associates, PC at 203-255-4150. Thank you.

The Covid-19 Catch-All: Why Your Recent Termination Might Have Been Unlawful