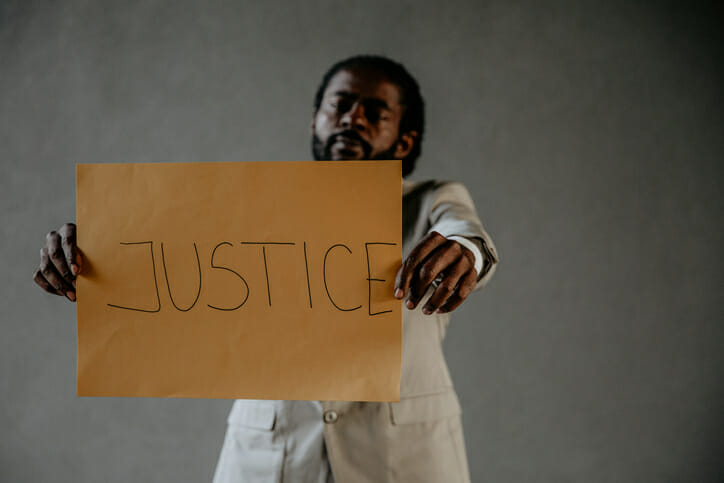 Are We More Racially Tolerant? Racial Discrimination Cases in Employment Has Actually Decreased by 8% in 20199 min read

Are we a more racially tolerant society today, in terms of how we treat one another at work?  The following statistics demonstrate that we in fact are.  As an employment attorney, I sit watch on the front lines of employment discrimination involving race. Honestly, I believe the number of race cases coming through our offices has decreased since 1997, the year I hung a shingle and began practicing employment law.  Sure, we have handled quite a number of race cases over the past twenty four years, but not as many as you think given todays social and political upheaval.

The U.S. Equal Employment Opportunity Commission (EEOC) has published statistics for race cases filed with the agency for the period 1997-2019, pursuant to Title VII of the 1964 Civil Rights Act.  Click Here for complete statistics. In 1997 the EEOC received 29,199 cases.  By 2019, that number actually decreased to 23,976, a decrease of 5223 or 8%.   The highest number of cases filed was 35,890 in 2010 during the “great recession”.   These numbers do not include the unreported cases that were never filed due to early successful settlement negotiations between the parties.  The numbers above also do not include employment litigation filed directly in federal court pursuant to 42 U.S.C. § 1981, which does not require an employee to administrative exhaust his/her claims before the EEOC.  The above statistics demonstrate an actual decrease in race discrimination cases filed with the EEOC, which is contrary to the current social and political environment we are living through.  To be clear, even one case of racial discrimination is far too many. For what it is worth (“$$”), the total value of reported settlements went from $41.8 million in 1997 to 79.8 million in 2019, an increase of $38 million. However, 2013 recorded the highest value of $112.7 million, evidencing an increase in racial discrimination claims filed during the “great recession” time period.  Whether or not the “great recession” statistics will duplicate themselves during the Covid-19 era will have to wait a few years, as the cases pour in.

On March 23, 2020, the U.S. Supreme Court issued a unanimous decision in Comcast Corp. National Association of African American-Owned Media which made it more difficult for employees claiming race discrimination in employment to demonstrate that their race was the “but for” reason for the adverse employment actions they received at the hands of the employer. This means that employees have to provide more detailed factual evidence, either direct statements by supervisors and managers or strong circumstantial evidence, to get to a jury in Section 1981 cases, but not Title VII cases.  In other words, your evidence better look like an 80% chance or better than you experienced race discrimination or your case will be dismissed.  This is how I have always interpreted the “but for” standard announced by the Court in the above case and in other Supreme Court discrimination cases such as age and retaliation.  By the way, I did conduct a search for statistics for Section 1981 cases on pacer, but could not locate the specifically identified Section 1981 cases filed during 2019.

On the front lines, employees at Facebook recently brought claims for race discrimination to the EEOC.  On July 2, 2020, NPR reported ‘We Have A Black People Problem’: Facebook Worker Claims Racial Discrimination.  According to the NPR story, “In a complaint filed Thursday with the Equal Employment Opportunity Commission,  Oscar Veneszee Jr. said the social network does not give Black workers equal  opportunities in their careers.  “We have a Black people problem,” Veneszee told NPR. Veneszee is a Navy veteran who recruits other veterans and people of color as part of diversity initiatives at Facebook’s infrastructure division. “We’ve set goals to increase diversity at the company, but we’ve  failed to create a culture at the company that finds, grows and keeps Black people at the company.”     Veneszee, who has worked for Facebook since 2017, filed the employment discrimination charge along with Howard Winns, Jr., and Jazsmin Smith — both of whom Veneszee recruited — who said they applied to work at Facebook but had not been hired, they alleged, because they are Black. The claim, they said, was filed on behalf of “all Black Facebook employees and applicants to Facebook.”

Now that we know the above EEOC data, let’s take a look at what type of facts are being alleged regarding race discrimination at work.  Fortunately for us, Facebook employees have provided internal examples.  On November 7, 2019, a dozen anonymous current and former employees posted a Memo on Medium recounting racial discrimination at Facebook.  I have reprinted the examples in their entirety below in order to provide you with the racial and ethnic experiences employees at Facebook are facing.  After twenty-four years of practicing employment litigation for employees, these examples are common across all companies, not just at Facebook.  It is one thing to conclude about the effects of racial discrimination and make pronouncements, but it is ever more impactful to read the day in the life examples emanating from within a company like Facebook.  The more you see the mechanisms of racial discrimination in the workplace, the sooner you can protect yourself and your colleagues from the abusive and invidious biased behavior of management staff and coworkers. We should all make it a personal goal to learn about the factual patterns of race discrimination in order to attack it internally and stop it from ruining more careers and lives.  So, here are the examples to guide you in your own employment situation:

“The experiences highlighted here invoke how we, the twelve Facebook employees   present and past who are sharing our stories here anonymously, have been made to feel as employees by Facebook managers, HR business partners, and their immediate white colleagues. To avoid positively identifying the individuals involved, we will not name the people or business units involved. However, all of the below incidents are factual, with witnesses corroborating the behaviors, and have been thoroughly documented.

1.Over the half, I have received dozens of anonymous, highly positive peer reviews in the internal performance management tool about my work, my partnership, my collaboration, and my leadership. This feedback was received from people across all levels, from those more junior in their careers, to VPs reporting into senior leadership of the company. My manager chose to ignore this feedback and focused on a single piece of anonymous negative feedback that had no context. The feedback from this person was that I was arrogant, aggressive, and self-serving. When asked about the situation this occurred, she said “this is what someone perceives of you, so you need to change your behavior if you want to stay at Facebook.”

2. While eating breakfast, two white employees asked me to clean up after their mess. I am a program manager. I told my manager about the incident. She told me I need to dress more professionally.

3. My manager approaches other leaders and managers with manipulative comments in an effort to sway opinion against me. Statements such as “wouldn’t you agree that she is only focused on herself” and “many people have said that she is not smart” have been shared with me by those whom my manager has been in contact with. When those statements that were intended to negatively influence did not work, my manager used those statements without attribution in my performance review.

4. My manager has directly asked at least two colleagues to provide me negative feedback on my performance review in order to influence my performance rating, which would negatively impact my total compensation. My colleagues refused and instead referred the incident to HR. HR took no action.

5. I spoke at a regular team meeting and gave my opinion about a topic I am a subject matter expert on. I was told after the meeting by the manager that I was disrespectful for speaking at this meeting, that my opinion was not wanted, that I was being arrogant in sharing that opinion, and not to speak at any future meetings unless called upon.

6.On Blind, the app that allows for Facebook employees to post anonymous experiences, we see our colleagues treating us with an aggression unshackled from the constraints of Workplace.

7. I was accused of being a liar and stealing others’ ideas. I asked for specifics about what I allegedly lied about and what I allegedly stole. The response was the person(s) who accused me of this behavior wished to remain anonymous because they did not feel comfortable around me, and that I should assume good intent of them. I asked why good intent was not assumed of me and how I could possibly respond to anything that has absolutely no substance; my manager’s response was that their intent was pure. When asked why others do not need to assume good intent of me, I was told I need to be quiet, more reserved, and highly respectful towards others. When asked how I should respond to the accusation of theft, she said “only I will give you credit for your work, so don’t self-promote on Workplace.”

8. I asked about career growth. I was told to just do my core job. “There is no growth for your role.” The only way for a promotion was to “do what I say”, to “not speak to others outside the team unless given permission”, to “not post on Workplace unless it is a project update”, and to be subservient to her whims.

9. My manager has stated she does not need to attend manager development trainings beyond Facebook Manager Essentials because she only receives positive feedback from her peers. My manager has also stated she is very inclusive and does not need to attend the Managing Bias or Managing Inclusion classes. To further highlight the lack of personal accountability represented here, a majority of Facebook’s development programs are not mandatory, and no follow up is done from the programs, that allows bad actors to continue their behaviors without question.

10.  Our org, which is incredibly diverse in representation, had very low Pulse results in the last half. Rather than be transparent about the changes we need to make, our leader said it was our fault for low Pulse scores and we need to do self-reflection on how to improve our performance.

11. Much of my manager’s behavior occurs verbally. When asked to reiterate comments via text, either in Quip, on Workplace, or via email, she misstates her comments, carefully avoids confirming everything that was said, and uses statements such as “as we discussed” or “as you confirmed” in an effort to hide her intentions and protect her from potential HR or legal action.

12. I was told by my HRBP, after approaching her about the discrimination on my team, “there is no bias at Facebook.””