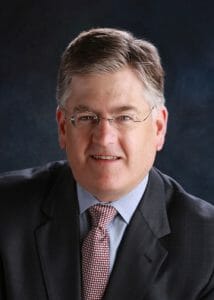 Patrick A. Klingman is a seasoned litigator with over twenty years’ experience in a wide array of commercial litigation matters, from contractual disputes to securities fraud, representing both businesses and individuals.

Born and raised in Poughkeepsie, New York, Patrick earned a B.A. from Villanova University (1987), and received his J.D. from Syracuse University College of Law (1990). While at Syracuse, he also earned a M.A. in International Relations from the Maxwell School of Citizenship and Public Affairs (1990).

Patrick began his career in large law firms located in Washington, D.C., where he gained significant experience working on a variety of complex litigation cases, ranging from aviation-related mass disasters and insurance matters to theft of intellectual property. In 1997, Patrick and his family returned to the Northeast and he joined a well-established Hartford law firm, continuing his commercial litigation practice, including the defense of a Hartford-based hospital in a contractual dispute with a vendor, and the representation of a local dairy producer/distributor against a claim of copyright infringement.

Several years later, Patrick joined a Hartford firm concentrating in securities fraud class actions, and from there moved to the Connecticut office of a boutique litigation firm, representing individual, corporate and institutional clients in antitrust, complex commercial and securities litigation in courts throughout the country.

In 2012, Patrick established Klingman Law, LLC with the primary goal of providing complex litigation and dispute resolution services to small and midsize companies.

Admitted to practice in:

In addition to these courts and jurisdictions, Patrick has worked on cases with local and co-counsel located throughout the country and internationally.