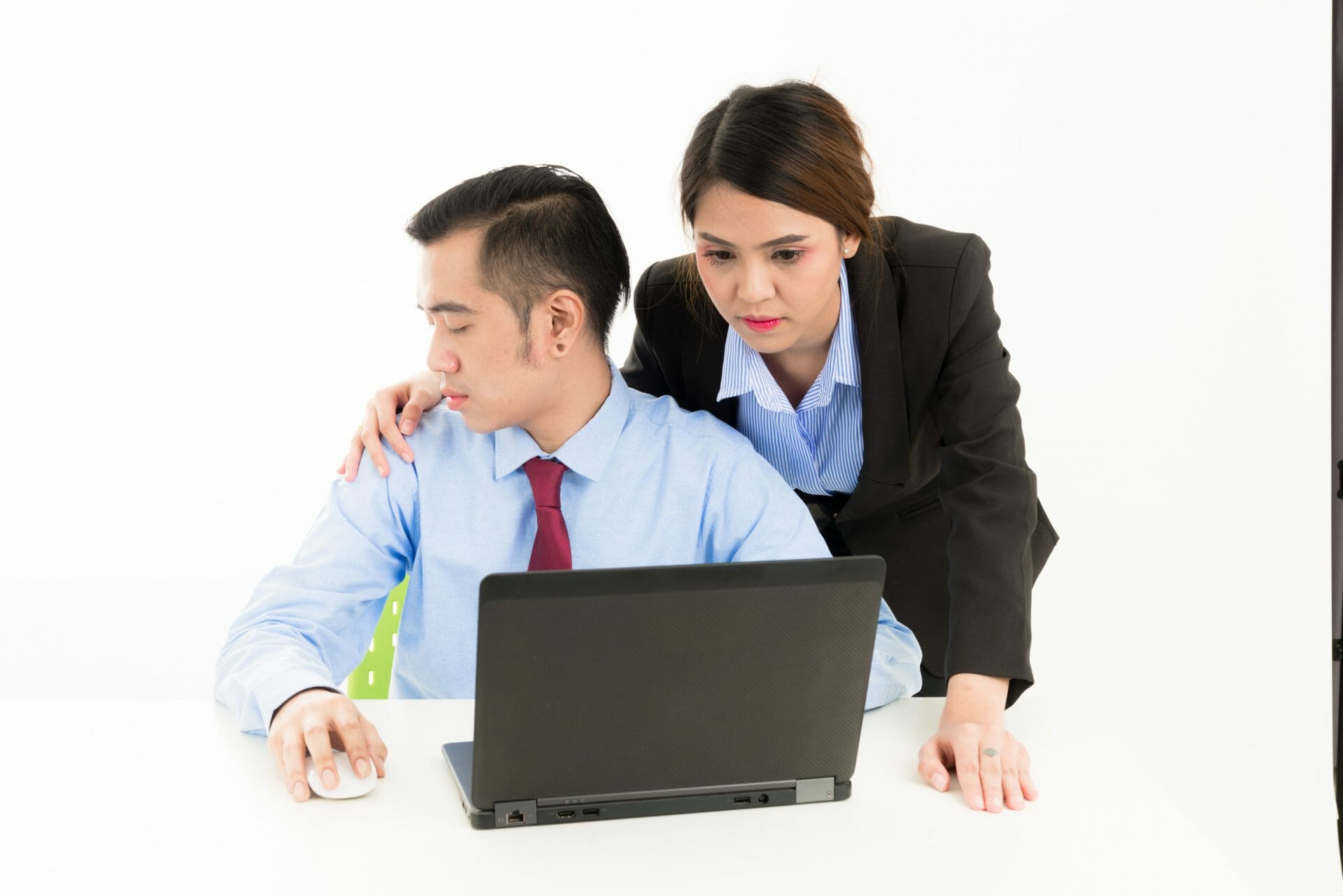 Gender Discrimination in the Workplace: Do Men Have Rights?6 min read

Kindness and common courtesy in the workplace are evaporating today. New standards around what’s considered “nice” versus what crosses a professional line, are being set. Along with this movement, it has become difficult for a man to offer a simple compliment to a woman in the workplace without risking harassment claims.
In light of the multitude of public male figures being terminated due to inappropriate sexual behavior or sexual harassment in the workplace, I cannot help but push the pause button for a second to ask how this effects our workplace culture.
Yes, it empowers women to stand up for their rights and complain about gender discrimination or unwelcomed sexual advances by male colleagues. Yes, it validates a woman’s right to protect her self-worth, her career and her dignity. I encourage any woman who is treated differently or unlawfully at work to file a complaint and stand up for her rights.  Always.  But there is a flip side too.

Gender Discrimination in the Workplace

On the other side of this movement are men who are now fearful of interacting with their female colleagues while at work.
No employee should be subject to fear in the workplace.
In fact, men have now become so oversensitive and fearful that a woman may bring a complaint against them, that it prevents them from even so much as saying a cordial, “Good morning” to their female co-workers.
Some of the women reading this may say, “Great!” “It’s about time!” or, sarcastically, “Poor baby.”  But this part of the movement is actually not a good thing.  This apprehension can possibly lead to hostility in the workplace towards women because this fearful male colleague will now only say, “Hello,” or choose to interact with only his male counterparts and is hence, treating women differently. It creates a type of circular gender discrimination in the workplace.
Gone are the days of a casual conversation between a male employee and his female counterpart for fear that the woman may later could misconstrue the polite comments made toward her.  Something as innocent as a man complimenting a woman on the way she is dressed or if she gets a new hairstyle is not seen as acceptable the same way a woman in the workplace offering a compliment like, “You look nice today,” to a man.

Handling Sexual Harassment in the Workplace

Gender discrimination is happening in varied ways in today’s workplace. Men should be able to go about their daily job duties without being fearful that one wrong look, one innocent comment, will get them fired. Likewise, women shouldn’t be talked to less frequently because of the changes happening.
I am certainly not saying that a man making inappropriate, sexual advances towards a woman is the same as him saying, “Good morning,” to a woman. I am simply using these extreme examples to demonstrate that men now fear even the most innocent of comments becoming misinterpreted as harassment.
I recently had a client (let’s call him Tim) who came to me after being terminated for violating company policy and having an inappropriate relationship with a co-worker (let’s call her Betty).  Betty reported Tim’s alleged behavior to her superior and after a one day investigation, Tim was fired for cause.  No severance, no presenting his side of the story, just fired after nearly a decade of good work performance.  Tim’s story is that Betty made sexual advances towards him every time he was working in the same office.  She propositioned him with sexual favors and encouraged him to meet up with her after work.  Tim, refused her advances repeatedly.  This continued for over a year.  One evening, Tim let his guard down and gave into Betty’s sexual advances.  Betty, a week or so thereafter, complained to her boss of Tim’s alleged sexual harassment and Tim was fired.  Betty was not.  And now Tim, sitting in my office, wonders how he could have protected himself.
The obvious answer goes without saying. But what Tim should have done was reported Betty’s inappropriate sexual advances from the beginning.  He regretted making friendly conversation with her and had not been fearful of speaking to his female co-workers before his termination. But, as he sat in my office and reflected on the situation, he said that he would have to reevaluate how he acted towards any future female co-workers as he was now fearful.

Sexual harassment under the law is considered gender discrimination.  Both men and women are protected under Title VII as well as Connecticut and New York State laws.  However, favorable case law to support a male employee’s gender discrimination claim is sparse.
Recently, the Second Circuit Court in Littlefield v. Autotrader.com, 834 F.Supp.2d 163, 168 (W.D.N.Y. July 12, 2011), Mr. Littlefield sued his former employer claiming reverse gender discrimination. He had been fired by Autotrader after his female co-worker, Ms. Long, claimed he engaged in sexually inappropriate behaviors towards her at a job training session.  Autotrader fired him without hearing his side of the story.   His story, like Tim’s above, was that Ms. Long was the aggressor and engaged in sexually inappropriate behavior towards him.  Mr. Littlefield argues that Autotrader did not discipline Ms. Long or even investigate her behavior and instead, simply credited her version of the events. Littlefield also argued that Autotrader’s investigation of the circumstances leading up to his termination was “tainted” from the outset by “negative animus towards male employees,” thus giving rise to an inference of discrimination. The Court did not agree and reasoned that because Mr. Littlefield did not complain to Autotrader about Ms. Long’s inappropriate behaviors towards him, he could not show that he was treated differently than a comparator (the comparator being Ms. Long or another female employee). Mr. Littlefield’s claim for discrimination was dismissed.
The Eighth Circuit and Seventh Circuit have likewise reasoned that a male employee’s failure to complain about a female aggressor’s inappropriate behaviors defeat his gender discrimination claim for failing to identify a female comparator. See Yeager v. City Water and Light Plant of Jonesboro, Ark., 454 F.3d 932 (8th Cir.2006); Morrow v. Wal-Mart Stores, 152 F.3d 559, 562-63 (7th Cir.1998).
The take-away here for the fearful male employee in Tim’s situation above, is that you need to complain about a female aggressor’s behaviors.  Men should no longer remain silent about this issue should it arise.
While each workplace’s culture is driven by its players and circumstance, shouldn’t every workplace be a cordial and favorable environment for both men and women?
By Kirsten Schneider
If you have employment law questions or need help with specific workplace issues, contact Carey & Associates, P.C. Our employment lawyers can consult with you regarding your issue and offer guidance on next steps.